January 30, 2023
by Jay
in
fun things to do in new orleans Prince Conti Hotel 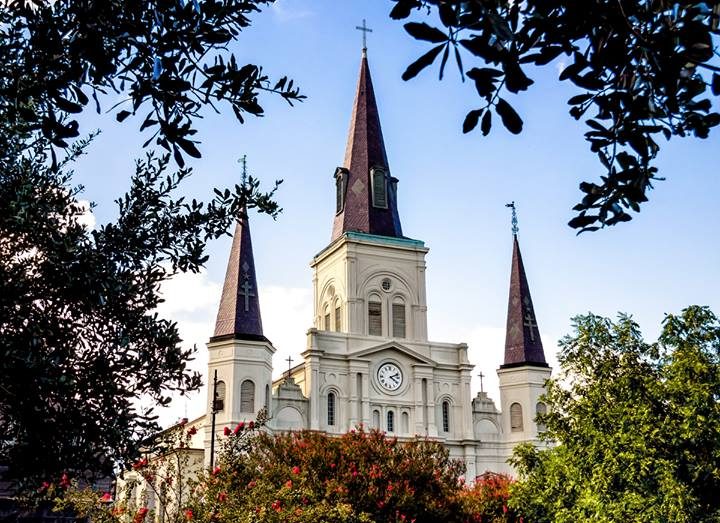 Fall in New Orleans means the end of heat-induced hibernation and switching gears to enjoy the upcoming months of moderate weather, a calendar full of foodie-haven and music festivals, a unique take on Halloween, plus several parades and many other fun activities. With the summer lull over, this is a great time to visit Crescent City. Here are a few highlights, to give you an idea of just how much is going on in New Orleans in the fall.

Held over the Labor Day weekend, this popular festival celebrates LGBTQA+ culture and attracts participants from all over the world. The festival’s annual hub, Bourbon Pub/Parade, is typically open 24/7. Just like in previous years, it serves as an epicenter of the Bourbon Street Extravaganza, a free show/block party happening on Saturday, and the annual Southern Decadence Grand Marshal Parade on Sunday.

This relative newcomer on the foodie-fest scene serves as one of the highlights of September. The two-day free fest usually features three outdoor stages, two for music and one for the cooking demos, at the Lakefront. The stellar food lineup includes over 30 well-known fried chicken vendors coming from all over the region to represent different cooking styles of this classic Southern dish.

This annual international event brings together the best of local talent and some big international names. Dancers, emcees, comics, singers, and variety-act performers will be doing nightly shows at the Civic Theatre and House of Blues. The main event, usually held on Saturday at the Civic Theatre, will have performers from all over the world competing for the title of “Queen of Burlesque.”

This annual extravaganza returned in 2022 and is held at the New Orleans City Park Festival Grounds. The free, daylong party gives you an opportunity to sample over 30 renditions of the beloved beignet, from traditional sweet treats swimming in powdered sugar to savory options bursting with seafood and cheese. There are usually vegan and gluten-free beignets to accommodate every diet, and awards are given in four “Best of” categories. Don’t forget to vote for your pick!

New Orleans throws its version of Oktoberfest over three Fridays and Saturdays in October at Deutsches Haus in Mid-City, to celebrate the city’s rich German history with all the usual trappings, including authentic food and live music.

The always well-attended Art for Art’s Sake is an opportunity to browse the shops and galleries along the commercial stretch of Magazine Street. Expect extended hours, special deals, live music, and beverage sampling.

This free fest happens every year in the CBD, in Lafayette Square. Join the fun for two stages of music, a dozen of the best barbecue vendors in the region, and a large art market.

This lively affair has become the “official Halloween Parade” in New Orleans in 2007, and has been going strong since, only growing in popularity. The parade is brought to you by Kern Studios, so expect the usual 3-D fiberglass and papier-mâché extravaganza, plus all of your favorite spooky characters. All the monsters on the floats are PG-13 and not too scary even for the youngest kids. Parade-goers are encouraged to come in costume. Expect plush toys, candy and unique, eco-conscious throws.

New Orleans puts its own spin on the Halloween fun with a slew of balls, costume parties, a parade, haunted tours, and a huge block party on Frenchmen Street. The city knows how to do Halloween in a family-friendly style too. We are thankful for the variety, and hope you’ll find plenty of entertainment in the two weeks leading up to the holiday as well as on the day of Halloween itself.

This local fave throws a serious party in the blocks connecting Henriette Delille, Tremé, and Gov. Nicholls Streets in one the nation’s first African American neighborhoods during the first weekend of October, just as the weather is getting nice. Most of the action is centered in front of the historic St. Augustine Church on the 1100 block of Henriette Delille Street. Expect entertainment from New Orleans musical royalty and food trucks and vendors from some of New Orleans’ best eateries. The festival is donation-based.

This free annual fest is held at Louis Armstrong Park and keeps expanding to accommodate its growing popularity. The fest features a judged competition among the dozens of mac ‘n’ cheese dishes from Louisiana restaurants, pop-ups and food catering businesses, an artist market, and an eating competition. The festival was canceled in 2019-2021, but is slated to make its fourth appearance in 2023.

The New Orleans Film Festival is one of the largest film festivals in the South and is the longest-running festival of its kind in the state. The festival has grown to the point of attracting thousands of attendees and industry insiders, plus more than 400 filmmakers and over 200 films annually. It’s one of the few film festivals in the nation that showcases Oscar-qualifying films drawn from all three Academy-accredited categories: Narrative Short, Documentary Short, and Animated Short. Venues include Broad, Orpheum and Prytania theaters, and the festival’s hub, the Contemporary Arts Center.

The annual Tremé Creole Gumbo festival serves up the perfect trifecta of gumbo, brass bands and cooler temps, returning to celebrate over a decade of existence at Louis Armstrong Park. A few years ago this festival was merged with another popular local event, the Congo Square Rhythms Festival, adding more music, and featuring two art markets and two food courts.

Per a long-standing New Orleans tradition, it’s customary to turn out at the track on Thanksgiving Day to watch the opening-day races while sporting cocktails and some seriously fabulous hats. The first race starts at 11 a.m., and the racetrack also serves a sumptuous holiday buffet, plus a fancy dinner with all the holiday trimmings at the Clubhouse.

Each November the Bayou Classic draws the fans and alumni of Southern University and Grambling State University to New Orleans over the Thanksgiving weekend to partake in one of the country’s greatest college sports rivalries. Over the years, this has become much more than a football game, drawing more than 200,000 visitors to New Orleans. The event stretches for two days and includes a fan fest, a parade, the battle of the bands, and, of course, the big game at the Superdome.

Celebration in the Oaks

This beloved New Orleans tradition is celebrating over three decades of existence, selling out quickly for the past few years. Celebration in the Oaks is a dazzling holiday lights festival scattered throughout the 25 acres of the City Park, including the Botanical Garden, Storyland, and Carousel Gardens Amusement Park. Stroll through the magical grounds swathed in hundreds of thousands of twinkling lights, take a train ride or a holiday picture by the iconic Mr. Bingle, listen to the caroling, do some holiday shopping, or ride the historic carousel.

There’s a po-boy for every budget and palate in New Orleans, and at this festival dedicated to the beloved New Orleans staple you can sample over 50 varieties. Dozens of vendors also compete in several “Best of” categories.