Nightlife Near the Prince Conti

January 30, 2023
by Jay
in
Prince Conti Hotel Things to do in the French Quarter 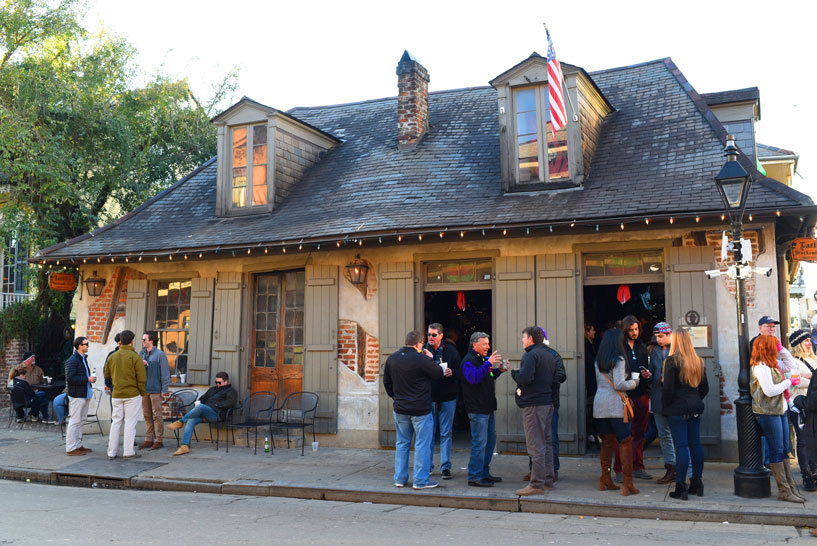 Want to dive into New Orleans’ storied nightlife? You’ve got a head start at the Prince Conti Hotel. The Bombay Club, the hotel’s swank in-house bar and restaurant, is just steps away from your room.

Start your evening at one of the club’s nightly music showcases, where you can sip a perfect martini from the largest martini selection in town while listening to live jazz. The musical menu changes nightly, so The Bombay is always a good launching pad for hitting the streets at other legendary New Orleans venues.

You never know what kind of music you’ll find at BMC, as the locals call it, and that’s all part of the fun. Dozens of bands and performers are featured nightly, with shows at 5 p.m. and 9 p.m. And since there’s never a cover, you can always dip in and dip out, after fortifying yourself with the daily drink and shot specials. Conveniently located on the Esplanade edge of the Quarter, it’s a good pit stop before or after hitting the lively Frenchmen St. scene.

Hailed as the “premiere live music venue in the city” by Where Y’at magazine, the Blue Nile hosts a stellar roster of New Orleans artists every night on both the main stage and in the club’s upstairs Balcony Room, from Cyril Neville and Big Sam’s Funky Nation to Kermit Ruffins and the BBQ Swingers. It’s also a must-stop venue for national touring acts. Shows start early and go late, so it’s a great place to cap off the night in a high-energy environment where the collective force field can be contagious.

Since this live music venue opened its doors in 2000, d.b.a. has hosted hundreds of live acts. The bar features a broad selection of beer and spirits, and the music plays nightly. Tin Men and John Boutte perform there regularly.

Ready to wind down but don’t want to go to bed? Lafitte’s is just what the doctor ordered. Founded in the early 18th century, and housed in a historic building reputed to have served as the New Orleans headquarters for the infamous pirate and smuggler Jean Lafitte, the candlelit bar exudes exactly the kind of spooky ambiance you’d expect to find in New Orleans. Expect live piano music and a potent menu of nightcaps.

Jazz mavens make a beeline for Snug, the city’s premier showcase for contemporary jazz. Nightly shows at 8 p.m. and 10 p.m. feature New Orleans icons and world-class visiting artists. Check the music calendar to see who is playing this week.